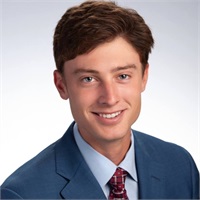 He graduated from the University of Nebraska, College of Business and was a member of the Men’s Tennis Team. Academically, he was on the Dean’s List Honor Roll in the College of Business.  Athletically, he was a letter winner at UNL and received numerous awards and honors for his leadership and community involvement. He received Academic All-Big Ten honors for each year at Nebraska, as well as being named to the Nebraska Scholar-Athlete Honor Roll and the Tom Osborne Citizenship Team. During his senior year at Nebraska, Jonathan received the Sportsmanship Award from the Big Ten conference and was named Lifter of the Year by the Husker Power department.

Jonathan’s highlight was being selected as a 2-time recipient of the Sam Foltz 27 Hero Leadership Award presented by the Nebraska Athletic Department.  This award was presented to 27 student-athletes across all sports who exhibit strong leadership qualities, commitment to service, and the ability to encourage and empower peers.

Jonathan has lived in the Lincoln area for his entire life. In his free time he enjoys playing tennis, running, cycling outdoors, and anything Huskers.